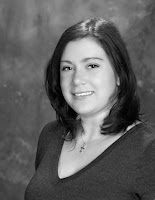 I chose this course as I wanted to gain further insight into what was expected of a director, in case I get a chance in the future to direct, and to also further my appreciation of directors as an actress.

The course was designed by Andrew Lamb as a way of getting back to basics with directing, with a strong emphasis on Community Theatre, as many of us had that background, but with guided knowledge about the Professional Theatre industry as through the experiences that Andrew himself had gained.

Andrew set the tone of the week by getting to know us, the class, and getting us to open up about our theatre experiences. We were a class of varying levels in the theatre community. Some had directed; others helped out backstage or within the theatre. Some, like me, had acted or done other “jobs” in theatre and are now interested in taking the step towards directing.

An open dialogue between instructor and class kept the ideas and concepts flowing throughout the week, and maintained an environment that was both open and enjoyable as we went through the theories and practical portions of the week. This also gave us all insight as to what we can bring to the stage as directors, being able to share ideas and thoughts, how to deal with everything from choosing the right script, pitching it to the board of directors, casting and production crew.

Being given the chance to direct a scene from a script I had chosen prior to the course starting (a prerequisite by the instructor) and working with others from the class, gave me a chance to see how the others formulated their ideas and what worked when directing a scene, ideas that I may or may not use in the future with directing and my acting.  It also gave us an opportunity to learn as directors how to articulate what we need from the actors, without us “breaking the fourth wall” and showing them and a better understanding of how difficult some scenes can be when going from ‘page to stage.’

Upon completion of the course I now have a better understanding of all that is expected of a director, and what to expect from various cast and crew members.  I have been given a way to formulate and articulate my thoughts, ideas and visions regarding a script and production. And now I need to find a theatre to produce the script that I chose so that I can use the skills learned and move onto the next chapter of my Community Theatre life.

This was an intense and fun week full of learning not only the subject matter, but things about me, personally, and all things theatre related.

Friendships and bonds have been forged and I am eagerly awaiting Theatre Ontario’s announcement of what next year’s Summer Intensive will bring.

Until next year, Break a Leg!

Posted by Theatre Ontario at 08:27