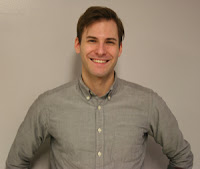 The Youth Advisory Committee of Theatre Ontario hosted a social at Factory Theatre in Toronto on Friday, June 19 at 7pm.

The event ("What Bit You?") was an inclusive environment for youth to meet their peers, socialize, and bond over a shared appreciation of what life in theatre has to offer.  Discussion topics such as youth barriers to access and artistic collaboration formed the backbone of the discussion where individuals shared their passions, ideas, concerns, and insecurities.

The evening brought together youth from disparate communities across the GTA—and beyond—who otherwise would not know one another.  This addressed the YAC’s core focus of engaging young people with the resources to build a network of culturally-diverse theatre creators and audiences.

The topics discussed during the evening included the difficulties of self-producing, barriers to minorities and marginalized groups, how to prevent losing steam after finishing school, and competition between organisations for funding and attention. The advantages of pursuing work in smaller markets, and in different fields of interests was also discussed, as well as the significance of being goal-driven versus value-driven.  The discussion also highlighted the distinction of pursuing theatre as an interest, and not necessarily a career, and how that distinction changes outside of Toronto and other dense theatre markets.

An important consensus that came out of the discussion was the need for theatre to represent the community in which it is produced—something that is perceived to be sorely lacking.  If we as theatre practitioners are dedicated to diversity, then we owe it to ourselves to nurture an industry and community in which under-represented groups are given an equitable platform to have their diversity represented.

In addition, this event served as a sort of focus group for planned upcoming projects in which the YAC seeks to increase the service resources available to youth in the province wishing to become involved in theatre.  The YAC’s youth programs survey was made available to fill out on location, and will continue to be shared as the gathering of that data is an ongoing project for the YAC this year.  That data, along with the topics discussed during the evening will help to inform the YAC and Theatre Ontario in planning upcoming initiatives.

Our participants represented a mix of ethnic, socio-cultural, geographic, and professional and educational backgrounds.  The diversity of such viewpoints was seen as central to a healthy discussion and we were pleased to have such a varied set of voices.  Our dozen participants ranged in age from 16-26, with a 50/50 split in male/female participation.  They ranged from late high school to post-post-secondary and working in the industry.  Most of our participants hailed from the GTA, but we had viewpoints representing experiences across the country, from Vancouver, to Winnipeg, to Montreal.

Congratulations to Bilal Baig (May) and Yalda Pashai (June) who took the survey and were given gifts of plays for their participation.