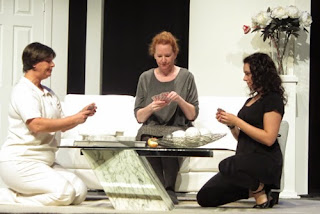 Highlights of the detailed adjudication by Ron Cameron-Lewis of Theatre Sarnia’s production of The Clean House by Sarah Ruhl.

(This is the final version of this post, edited post-Festival.)
Posted by Theatre Ontario at 21:12