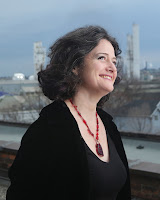 (August 22, 2017) So much has happened!  I have had a busy summer so I am a bit late in getting this blog post out.  I would say that I am approximately 2/3rds of the way through my project at this point.

The first part of my proposal was to work with Richard Greenblatt observing his dramaturgical process with a new work. He was working with Tom Allen to develop a play with music The Missing Pages about a fictionalised encounter between Beethoven and Canadian composer Theodore Molt.  Over the course of five sessions approximately three hours long, I was a fly on the wall, listening and observing Richard’s approach to new play development.  There were four rehearsals with the cast and the piece was presented on four different occasions; University of Waterloo, Toronto, Niagara-on-the-Lake and Parry Sound. I was able to attend the first performance and the last one which took place approximately a month later.

Richard has also been consulting with me on a project that I directed and produced at the Hamilton Fringe Festival. I called upon Richard to review the script. Based upon my observations with The Missing Pages along with Richard’s suggestions I was able to continue to work with the playwright to develop a script that was clear in its storytelling. I am grateful that Richard was able to make it out to Hamilton to see our production of Normal Shmormal and I will be meeting with him soon to hear his feedback. 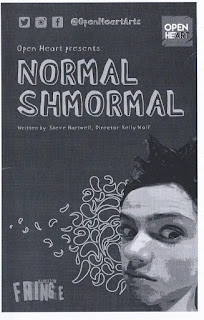 We are still working together on one more project: Hook Up (previously known as Selfie.) It is a new contemporary opera in development, set on campus during the first year of university. With this project I am observing Richard’s method for extracting the story as well as the way in which music can underscore a piece, removing the need for excessive exposition. The intention is that by the beginning of October we will have a complete libretto to present to Tapestry. Earlier in the process librettist Julie Tepperman and Richard met to establish their outline with a series of cue cards. They broke the script down into the essential actions that drive the story forward. This process enabled them to establish the structure of the piece and to develop the spine of the story. I have endeavored to use this strategy as I worked with the playwright of Normal Shmormal.

In terms of my progress, am I achieving what I set out to do? Yes. What I have learned to be essential so far: clarity in storytelling, precision, brevity and specificity, ask questions to reveal the story. Richard and I have also been meeting individually to talk about the process of making theatre and he has shared with me a few of his techniques for developing devised projects. I know that I will be working on creating a devised piece of theatre for the upcoming Hamilton FrostBites in February 2018 and I know that I will be able to put some of these techniques into practice.