New Dates for Getting Started For Actors and Self-Producing Workshops

Getting Started sessions are for actors beginning their professional careers. In this two-hour workshop, Tim Chapman, Professional Theatre Coordinator answers the most frequently asked questions about the business of acting. Find out about the realities of showbiz, pictures and resumes, Equity and ACTRA, Agents and casting directors, Auditioning do's and don'ts, and maintaining and improving your acting skills.  Getting Started is a free workshop, available to members of Theatre Ontario only. For more information, including how to register, please visit Getting Started For Actors on the Theatre Ontario website.

Self-Start: If you want to do a show but have never produced professionally before, and if you want to know what questions to ask first, this session is for you!  Self-Start is a practical seminar facilitated by Tim Chapman, Professional Theatre Coordinator.  This workshop is designed for individuals thinking of starting a theatre company or producing a show; and gives you the opportunity to ask questions and try out ideas, discover the questions you need to ask and answer, learn to organize your thinking and planning, work on scheduling and budget considerations, and learn about available resources and services.  It's free for Theatre Ontario members, and $30 for non-members.  For more information, including how to register, please visit Self-Start: The Basics Of Producing on the Theatre Ontario website.
Posted by Theatre Ontario at 13:15 No comments: Links to this post

ONstage Openings for the week of March 28

In Toronto
Mar. 28, New Voices at Ryerson Theatre School
Mar. 29, The Penelopiad at Randolph Academy for the Performing Arts
Mar. 30, After Akhmatova at Tarragon Theatre with previews from Mar. 22
Mar. 31, Much Ado About Nothing at Scarborough Players

In Eastern Ontario
Mar. 31, The Middle Place at Great Canadian Theatre Company (Ottawa) with previews from Mar. 29
Mar. 31, She Stoops To Conquer at Belleville Theatre Guild

In South Central Ontario
Mar. 31, Out Of Sight, Out Of Murder at Mississauga Players
Apr. 1, Someone Who'll Watch Over Me at The Curtain Club (Richmond Hill) with a preview on Mar. 31
Apr. 1, Noises Off at Theatre Aurora

For all the theatre currently playing across Ontario, and information for theatres on how to add/update your listing, visit the ONstage show listings on the Theatre Ontario website.
Posted by Theatre Ontario at 13:54 No comments: Links to this post

From Us
Conversations
From The Wire
What’s New On The Bulletin Board
Check out all the latest postings of workshops, classified ads, recognition opportunities and more from Theatre Ontario’s Bulletin Board

Remember, if you can’t always follow us on our blog, we also have a monthly enewsletter with all of our news, discussions, and more.  The March issue is now available in the archives.

Assembled  by Brandon Moore, Communications Coordinator
Posted by Theatre Ontario at 10:54 No comments: Links to this post

We're pleased to announce that the Fringe Connection -- our partnership with the Toronto Fringe Festival -- is back online for 2011.  The Fringe Connection is a central source for audition postings, job notices, discussions, and information sharing.


This comprehensive web platform is intended as a place for Toronto's Fringe artists to come together and make the connections that are an essential part of the Fringe experience.  We're coming out of our "hibernation", so now is the time to freshen up your profile, or sign up for the new year.

Follow this link to visit the Toronto Fringe Connection
Posted by Theatre Ontario at 11:50 No comments: Links to this post

On The Art Of Adjudication

Adjudicators are like painters. Each has a unique style.  Some adjudicators are avant-garde. Some have a classic style.  As I travel around to Ontario’s community theatre festivals this month, I am struck not by the adjudications, but by the reaction of the organizers and performers. They have bought a painting without always knowing the style of the painter, and this requires them to adjust and question their concept and expectations of adjudication.

Read more »
Posted by Theatre Ontario at 13:22 4 comments: Links to this post

ONstage Openings for the week of March 21

In Southwestern Ontario
Mar. 25, Shirley Valentine at The Grand Theatre (London) with previews from Mar. 22
Mar. 25, The Beat Goes On—Great Hits Of The 60s at Theatre Ancaster (Hamilton)

For all the theatre currently playing across Ontario, and information for theatres on how to add/update your listing, visit the ONstage show listings on the Theatre Ontario website.

Posted by Theatre Ontario at 10:11 No comments: Links to this post

Learning how to adjudicate

There is just over two weeks left to get in your application for our “Introduction to Adjudication” course.

Adjudication brings together theatre professionals with the community and secondary school theatre sectors with the goal of expanding knowledge and artistic excellence.  Under the leadership of Ron Cameron-Lewis, Theatre Ontario's “Introduction to Adjudication” course combines a mix of theory, personal experience, and practical application.  Held in conjunction with the 2011 Theatre Ontario Festival in Richmond Hill (May 18 to 22), the course also gives participants an opportunity to practice adjudication skills at one of Ontario’s community theatres.

For more information, please visit our “Introduction to Adjudication” page on the Theatre Ontario website.  The deadline for applications is April 4.
Posted by Theatre Ontario at 12:22 No comments: Links to this post

ONstage Openings for the week of March 14

In Eastern Ontario
Mar. 15, Observe the Sons of Ulster Marching Towards the Somme at Ottawa Little Theatre
Mar. 16, Saint Carmen Of The Main at National Arts Centre, English Theatre (Ottawa)

In Northeastern Ontario
Mar. 18, I Had A Job I Liked. Once at Sudbury Theatre Centre with a preview on March 17

In Toronto
Mar. 14, Foolish Tales For Foolish Times at Puppetmongers Theatre
Mar. 15, Spotlight on Italy at Canadian Stage
Mar. 15, Our Town at Randolph Academy for the Performing Arts
Mar. 16, Spin at Buddies in Bad Times with a preview on March 15
Mar. 17, Montparnasse at Theatre Passe Muraille in previews
Mar. 18, paper SERIES at Cahoots Theatre Projects in previews
Mar. 18, The Time Of Your Life at Soulpepper Theatre with a preview on March 16

For all the theatre current playing across Ontario, and information for theatres on how to add/update your listing, visit the ONstage show listings on the Theatre Ontario website.
Posted by Theatre Ontario at 11:52 No comments: Links to this post

2011 is an exciting year for us at Theatre Ontario.  It’s our 40th anniversary, and we’re celebrating by having wonderful conversations with people like you—artists and administrators from across the province and beyond—talking about what you need, and analyzing what we do; fearlessly examining every facet of Theatre Ontario so that we continue to be of service to Ontario’s theatre artists.

This is one of those conversations.  This survey will help us measure what we’re doing, evaluate how we’ve been doing it, and identify what we need to change.  Your participation will help us answer a lot of questions.

The survey will probably take you about 15-20 minutes, depending on how long you reflect on your answers.  It’s been a long time since we’ve done this kind of survey and we want to be as comprehensive as we can.

Think of it as an investment—giving us some of your time to help make us a stronger organization that can better serve you.

If this isn’t a good time, come back to us when it is convenient.  We’ll be here.  Our deadline isn’t until March 30.

Thank you in advance for your time.

Go to the survey

If you have any problems with the survey, please contact Brandon Moore, Communications Coordinator at brandon@theatreontario.org
Posted by Theatre Ontario at 10:43 No comments: Links to this post

ONstage Openings for the week of March 7

For all the theatre current playing across Ontario, and information for theatres on how to add/update your listing, visit the ONstage show listings on the Theatre Ontario website.
Posted by Theatre Ontario at 10:36 No comments: Links to this post

Posted by Theatre Ontario at 15:12 No comments: Links to this post

Email ThisBlogThis!Share to TwitterShare to FacebookShare to Pinterest
Labels: awards, Ontario Off Stage

One of my goals for this blog was to create a forum where we could talk about our programs at Theatre Ontario.  We’re here to serve the needs of Ontario’s theatre artists, and this gives us a way to listen and to have those conversations.

I was thrilled when Karl Wagner of Ottawa offered a comment, unprompted, to a post about our Weekend Retreats.  (As an old post, the comment required moderating which is why I am moving the conversation here.  Discussions are best held in the open, but there are logistical reasons why our oldest posts have moderated comments.)

Read more »
Posted by Theatre Ontario at 13:59 11 comments: Links to this post 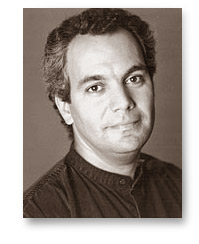 Emil Sher has written for stage and screen.  His stage works include Mourning Dove, Sanctuary, Derailed, and the acclaimed adaptation of Hana’s Suitcase.  Two of Emil’s works are being presented in spring 2011 in Toronto: an adaptation of Edward the ‘Crazy Man’ for Workman Arts, and the story for A World to Shake, a ballet by Ballet Jorgen Canada.

Current works-in-progress include Conviction, a commissioned play about wrongful convictions for Toronto’s Studio 180; Alia and the Book of Ashes for Seattle Children’s Theatre; and Girl in Field, Dusk, a portrait of a medicated psychiatrist.

Emil will be reading from his works on Friday, May 20 at 2pm at The Curtain Club theatre in Richmond Hill.  Admission is free and open to the public.
Playwright-In-Person brings playwrights from across the province for readings at the annual Theatre Ontario Festival.  It is made possible by a grant from the Canada Council for the Arts, administered by the Playwrights Guild of Canada.  Recent playwrights include Maja Ardal, Douglas Bowie, Carl Cashin, David S. Craig, Norm Foster, Florence Gibson, Paul Ledoux, Yvette Nolan, and Keith Roulston. 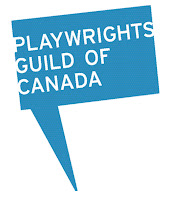 Posted by Theatre Ontario at 11:46 No comments: Links to this post