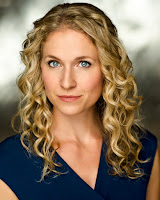 (July 30, 2017) Once again I found myself in unfamiliar territory being part of the audience at the first performance rather than backstage. I had the anticipation and excitement similar to other openings I have experienced, but had to put my energy into a very different role! Once the show began I was interested in how the audience was reacting to the play, how the actors were dealing with the audience, and how all of the technical aspects were timed and working together. I was seeing and hearing the play for the first time again.

I have gained much knowledge in many areas throughout this process. Tech week was immensely useful and shed light on what I knew the least about. Observing the relationship between the director, the designers and the technicians offered a lot of clarity in how to efficiently get the show up in the theatre and quickly add in all the remaining technical elements. I appreciate how clear a vision Ashlie had of what she wanted on stage, but also trusted the designers to bring their expertise and vision to it as well, making this stage of the process as successfully collaborative as the rehearsal hall. I really admire Ashlie’s trust in those she works with: she has a huge respect for others’ contributions, with the focus always on what is best for the show.

Although I wasn’t involved with the show during casting or hiring of the production team, I learned a lot about it while watching what was accomplished in this three-week period. The cast not only carried the essence and heart of each character in a wonderfully unique and imaginative way, but they were also able to work quickly and brought a plethora of ideas and much creativity to each rehearsal which helped with the efficiency of getting the show up on its feet in so short a time. The designers were often present throughout rehearsal, and had a great sense of the play and the overall tone so that their ideas truly enhanced the play. This again made for an efficient tech week as everyone was on the same page.

Ashlie gave me an opportunity to get some hands on experience by asking me to choreograph a transition, which was a great way to put into practice what I had been learning so far in the process. It was fun to solve the logistics while adding story and character so as to continue the action of the play. The execution of it was educational as well—my goal being to communicate as clearly and efficiently as possible to the actors, designers and stage management. I had made choices while at the same time remained open to what the actors and designers had to offer. It was fun to see something I imagined come to life onstage.

I now have a deeper understanding of the role and responsibilities of the director, including the level of organization needed, the foresight, ability to problem solve and to think on one’s feet. To find the sweet spot of being well prepared, knowing the play extremely well, having clear ideas of what the production will look like, and also being open to change and evolution. There is strength in trusting your team, and great things can come from this trust. I hope to mentor other directors who work in this manner, and I will put many of the skills I learned from Ashlie into my own directing and teaching work. Having gone through the whole process from beginning to end has given me more confidence and inspiration to move forward in this field.

The next application deadline for the Professional Theatre Training Program is October 2, 2017.

Posted by Theatre Ontario at 08:13