The Theatre Ontario Talent Bank of Adjudicators and Instructors is a program to match organizations (particularly community theatres and educational organizations) with professional theatre teachers and trainers for workshops, adjudications, and short-term consulting contracts.

We are pleased to welcome the newest addition to our Talent Bank for 2018. 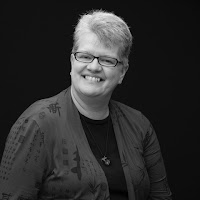 Lee has three decades’ experience in Canadian theatre. She trained as a theatre maker at York University and the University of Leeds, and has been Artistic Director of Second Mile Theatre (Toronto) Yukon Educational Theatre (Whitehorse) and Silk Purse Theatre (Vancouver and Saint John). Lee has taught acting and movement to aspiring professionals at Vancouver’s William Davis Centre, and in workshops to groups including seniors, children, prison inmates and business professionals. As a theatre maker, she is best known for Larger the Life: The Musical which has been performed in Vancouver and Toronto and toured in British Columbia and Yukon. She is an alumna of the Lincoln Center Directors’ Lab and a veteran of the Vancouver, San Francisco, Fundy and Island Fringe Festivals. 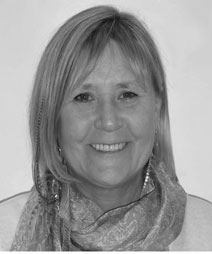 Joseph Joubert wrote "To teach is to learn twice." This certainly rings true for Janet who has had the privilege of working as a theatre educator for well over three decades. During this time, she has worked with thousands of students exploring the art of acting, directing, theatre design and playwriting. She herself has directed, written and produced dozens of plays over the years. Since retiring from the classroom in 2012, Janet has gone on to working freelance as a dramaturg and mentor with CSARN, an adjudicator for the National Theatre School Drama Festival (Formerly Sears), a drama workshop leader, a jurist for playwriting competitions and a social media content writer for various theatre groups. Her most recent directorial works include The Penelopiad (Theatre Mowat), Antigone (Alumnae Theatre), and With Love and a Major Organ (MDS Canadian Play Festival). Her last script The Kiss was chosen to be one of the plays to be showcased at the Newmarket National Play Festival in 2018. Janet’s other true loves include travel and photography. 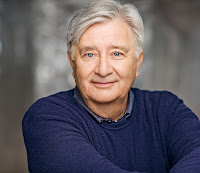 Gerrard is a theatre graduate of Dalhousie University, Halifax, N.S. as well as a graduate of the Drama in Education Program at the University of Lethbridge, AB. He is a veteran writer, performer as well as theatre educator. Gerrard has worked in all areas of media and theatre arts, specifically directing, writing, performance, and design. He also has experience in radio, film and television, most notably ATV’s Shantytown, winner of two Gold Medal Can-Pro Awards. Gerrard has been a dramatic arts specialist for more than forty years, twenty-five of which were dedicate to Drama in Education in the province of Ontario. He is pleased to continue to inspire and be inspired by the dramatic arts community. 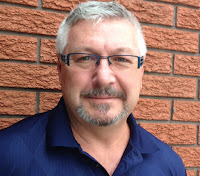 Steve is an experienced actor and director. He has studied at University of Western Ontario, the Banff Centre, the University of Toronto and Second City. He taught Secondary School drama for 30 years and directed three productions (one-act, full-length and musicals) each year. He later became an Additional Qualification Instructor, teaching drama teachers how to teach drama. He has published a book on dramatic arts assessment and was a lead writer of the Ontario Drama curriculum and resources. Steve was the Arts Consultant for his school board, and President of the Council of Ontario Drama and Dance Educators (CODE). His favourite roles were Shrek, in Shrek the Musical and King Arthur in Spamalot. His experiences doing lighting, make-up, sound, mask making, set design, construction and stage management along with his expertise in assessment and onstage make him a uniquely qualified adjudicator.

If you are interested in hiring an adjudicator or workshop leader from Theatre Ontario’s Talent Bank, you can browse our listings online and contact us to be connected with the right instructor for your needs.