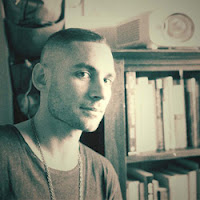 (april 19, 2018) i’ve joined the festival during a year of a strategic planning cycle. of all the many aspects of the work i’ve been supporting antoni on, this has been some of the most exciting to me. i’ve had a chance to join in on conversations between all the department heads about shaping a long-term vision for the company.

we’re assessing the festival’s success in meeting some of the goals set in the last strategic planning cycle (5 years back), and in the process of articulating new goals and directions for the future. central to all of this analysis is a look at box office trends over the last 15 years or so. we’re using this data to set attendance goals and box office targets for the coming 5 years (and beyond).

we’re obviously looking at these numbers partially because box office has a substantial impact on the festival’s operations, but also because it’s a fairly nuts-and-bolts way of looking at the organization’s impact and reach.

one of the most obvious aspects of the stratford festival as an organization is its size. in people, in budget, and even in physical theatre buildings (an 1800+ seat house is pretty much unheard of, even on broadway). it’s a big machine.

because of the festival’s size, the conventional not-for-profit balance of revenue streams doesn’t apply—fundraising and box office make up a much larger portion of the festival’s annual budget than most NFP theatres.

i was especially eager to apprentice at stratford because of its size. not just to see how a machine that big operates, but particularly to see what steps and processes go into figuring out how to motivate such a sizeable audience base to buy tickets and engage with the work.

most theatres belong to local communities. these communities are usually defined by culture, class, or geography. whether you’re looking at the blyth festival, buddies in bad times, or the state theatres in germany, those audience bases tend to have a certain amount of shared culture that the theatres are able to reflect and interrogate through the work they present.

but at stratford, both the size of the festival and its location mean that it is incumbent on the organization to reach a variety of different constituencies to build a coalition of interested audience members to come and see the work. the amount of overlap in cultural experience the festival can rely on in its audiences is much narrower. 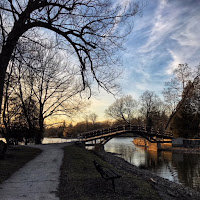 these are the conversations i was especially excited to be taking part in because i spend a lot of time thinking about the canadian public’s relationship to live theatre.

that stratford has to appeal to such a broad coalition of audience bases makes it an especially interesting challenge, especially in canada, where our culture is defined by heterogenity rather than commonality.

in one of the planning sessions, looking at data from the past 15 years, someone asked the question “what if that’s just the ceiling?”  as in, what if we’ve reached our maximum market share, and there just isn’t a demand beyond the half million (give or take) tickets stratford sells each year?

it’s maybe not the cheeriest question to ask a room full of people who are working to build a beautiful new theatre building but it’s a legitimate one. it’s had me wondering since about the size of arts institutions this country needs.

it’s generally thought to be poor business practice to accept a given market share and not push beyond it. and i’m not suggesting we should. i’m fundamentally opposed to applying the laws of free-market capitalism to the arts. i don’t think we’re here to maintain a status quo or uphold economic structures that create and reinforce inequality, but we are still subject to economics.

there’s been a fair bit of talk of “right-sizing” artistic institutions lately. it’s a nice way of saying “we’re being realistic, and responding to shrinking demand by decreasing supply.”  this has happened to a certain extent at canadian stage over the last several years but it’s by no means the only institution to have taken a look in the mirror and asked “given our mandate, how many seats can we reasonably expect to fill?”

sometimes organizations defy the odds, but it usually happens within a bubble. soulpepper is facing a substantial contraction in its operations because its rapid growth was artificial— driven by a cult of personality cultivated by albert schultz among toronto’s affluent. like it or not, audiences and donors were loyal to him. he made people feel good about what it meant to be a part of his theatre. the organization is working hard to redefine itself in the post-schultz era, but its operations are shrinking as it does so.

is that a bad thing?  i’m not sure. i know i’m upset to see resources lost. less resources, less art, less work in an already challenging economy. but i also wonder how successfully art can be everything to everyone.

we remain a pretty sparsely populated country. there’s always new audiences to be reached, but they are finite, and at a certain point there’s a question of return on investment—how many resources can we responsibly allocate to reaching audiences who don’t yet have an interest in theatre?  would we be better off accepting our market share and focusing on making the best possible work for the audiences that are already within our reach?

i think the answer lies somewhere in the middle. doug saunders points out in his book maximum canada that we have a population deficit in this country—we simply don’t have the consumers and audience members to support the kind of cultural and economic growth we imagine for ourselves. 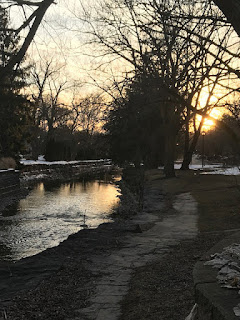 stratford has been lucky so far. the organization hasn’t yet needed to drastically “right-size,” nor has it recently contracted in a violent identity crisis. in the last five years attendance is generally trending upward. but can it acquire more?

everyone certainly hopes so. stratford has a lot going for it—a trusted reputation, a history and iconography, and resources to hire subject matter experts in a way most arts organizations cannot afford. shovels have also gone into the ground to begin work on building a gorgeous new theatre building.

but there are also a lot of competing factors. a destination theatre in an age of decreasing car ownership, a mandate centred around a fairly european/colonial canon of work in population that is only becoming more diverse, and the ready availability of narrative media on several other more convenient and less demanding platforms.

above all, people seem to be looking to their media to specifically reflect their particular experiences and identities. when stratford tries to balance the interests of so many different audience segments, some will get left behind.

it’s impossible for the festival to be everything to everyone, and all involved in the strategic planning process are realistic about that. what we’re trying to identify is how we can mean at least something to the most number of people. and to do so we’re examining the kind of work we need to make and the initiatives we can implement to respond to a rapidly shifting culture, where everything from buying habits to dramaturgical idioms are changing. it’s big work. thankfully we’ve got the rest of the year to come up with some ideas and actions. stay tuned.