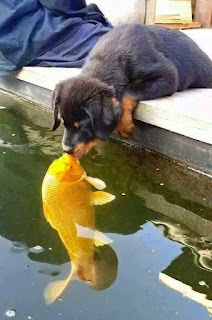 (May 31, 2018)  David Auster was my mentor at the Stratford Festival for three months. I called him up one day in early March of 2017 and asked him if he’d like to be my mentor and, without thinking about it, he said yes. He could have said no since he’d only met me a couple of times at various Stratford functions. I was pleased at the possibility of learning more about producing in an environment like the Stratford Festival as my only experience had been working on my own plays with budgets not larger than $15,000. I was going to be allowed to look at budgets with several more zeros attached; it was exhilarating!

It’s been a week since I left Stratford on May 19 and what I remember most is the mentoring ‘lessons’ often accompanied food. Specifically, David eating. I made a point of taking a scheduled lunch at 12 every single day but, like most of the executive level individuals at the Festival, David ate at his desk and continued to work. A father to two young daughters, he made a point of leaving every day at 5pm in order to get home at a reasonable hour for supper.

It started with goldfish crackers handed to me on my first day as a wink to the goldfish dream I'd had before arriving. An orange was peeled and consumed as he explained the intricacies and difficulty of producing an original musical in Canada to me and Carson Nattrass. A 2-hour drive to Toronto to attend Musical Stage Company’s Fun Home was a tab-by-tab walk-through of the exhaustive spreadsheets for the Festival. He stopped talking long enough to eat his dinner, a chocolate bar from a vending machine. He took me out for lunch at Mercer’s Inn to say goodbye but he used to opportunity to explain the hiccups that inevitably occur when a large production hits a snag (creative, financial, or otherwise.) David used every chance he could to educate me on some aspect of producing theatre at an elevated level.

It was especially important that not only did I get the producing education I craved from the Stratford Festival, but I was welcomed into meeting rooms as not only an observer but as a participant. If you happened to be at the Festival Theatre or the Avon you might have seen me trailing behind David, walking as fast as I could, clutching a pink ‘Classy & Fabulous’ notebook where I recorded notes on everything. He always introduced me as an award-winning playwright who produced her own shows; I always appreciated that little boost.

He checked in on me frequently to make sure that I wasn’t bored, lonely, or, after I rhapsodized over a slice of chocolate chip banana bread, stress-eating. He took me grocery shopping and made sure I got to an emergency eye appointment in the middle of the day. This was a pretty lovely and productive mentor/mentee partnership and even though he wished he could have done and taught me more I feel like I am ready and armed to produce a large scale production while being a fair leader who truly listens.

The three-month mentorship was an invaluable experience supported by the Ontario Arts Council and Theatre Ontario that would never have happened without the support and encouragement of Bruce Pitkin, Rachel Kennedy, Pat Bradley, Kristina Lemieux, Katie Leamen, Michael Wheeler, and Esther Jun. On the Stratford Festival side of things I can’t say enough to thank Antoni, Anita, Susan, Jason, Bob, Bonnie, Franklin, Joy, Marion, and Beth who made me feel like a part of the Director’s Office team.  I’m used to working alone to get projects completed but this experience required many hands and hearts for me to succeed.  I cannot thank all of these people enough for their generosity, warmth, and kindness.  I jumped at the sun and all of you helped me fly. Thank you.

Posted by Theatre Ontario at 08:23