Theatre Ontario’s Youth Advisory Committee is super excited for the awesome lineup of mentors who will be at Emergence 2.0 for our Coffee Dates Sessions. We believe that speed networking is just too short to really get what you need out of a conversation. Coffee Dates will include longer mentorship sessions, where a young artist will get to speak with another artist one-on-one for 20-minutes. We are bringing in the following awesome artists who work in a variety of different disciplines within the theatre industry.

So, who are our mentors for Emergence 2.0?

Kevin Matthew Wong is a performer, performance creator, arts facilitator, producer and environmentalist. Kevin is the co-founder and Artistic Director of Broadleaf Theatre, a company that creates multidisciplinary performances exploring Canada’s relationship with environmentalism. His on-going work The Chemical Valley Project is a documentary theatre solo-performance that investigates Canadian colonization and environmental racism. The show is created in collaboration with Aamjiwnaang First Nation Water Protectors Vanessa Gray and Lindsay Beze Gray, and co-creator Julia Howman. The project makes its full-length Toronto debut at Theatre Passe Muraille in April 2019. Kevin is a graduate of the U of T Drama Centre and Generator’s inaugural Artist-Producer Training Program, and he is a fellow of the American social-justice arts residency The Gardarev Center. As a creator, Kevin was recently part of fu-Gen’s Interdisciplinary Kitchen XV, and has recently worked with Carousel Players, Cahoots Theatre, Music Picnic, the Koffler Centre and others.

Aimee Bouchard currently works as the Community Programs Manager at Young People’s Theatre, where she manages community programs and residencies as well as access and inclusion initiatives.

She is an arts administrator, artist educator and Ontario Certified Teacher, and holds a BAH in Drama and BEd with a focus in Artist in Community Education from Queen’s University. She has developed and facilitated drama programming for schools, festivals and arts organizations across Ontario, including for Young People’s Theatre, Theatre Direct and the WeeFestival, the Kick & Push Festival in Kingston, and the Luminato Festival. 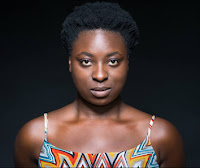 Khadijah Roberts-Abdullah is a Dora nominated and My Entertainment Award winning actor, a writer, producer and chef. Notable credits include; Geschwitz in Red Light District’s LULU V.7 //aspects of a femme fatale, Lila in Kat Sandler’s Bang Bang, Jessica in Danny Pagett’s Cloud, Laertes in Ravi Jain’s The Prince Hamlet, Claudette in How Black Mothers Say I Love You, Queen Elizabeth I in The Queen’s Conjuror, Black Woman in We Are Proud to Present..., St. Monica in The Last Days of Judas Iscariot, and Othello in Go Play Producing's Othello. Checkout what Khadijah is up to next or look at pictures of what she’s eating by following her on Instagram @dijyro or Twitter @DijyRoberts 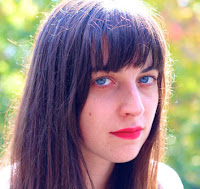 Rosamund Small is the Dora-Award winning playwright of Sisters (Soulpepper, 2018), TomorrowLove, Vitals (Outside the March, 2016/ 2014), and other theatre works including documentary, solo show, and large-scale immersive projects. She is interested in finding humour, joy, and excitement to stories about both the darkest and brightest moments in life. In addition to playwriting, Rosamund is story co-ordinator of Workin’ Moms Season 3 on CBC, and also collaborates on dance-narrative work with Robert Binet and the National Ballet of Canada. 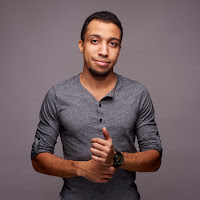 In a failed attempt to escape Presto, Luke left his hometown of Mississauga under the guise of becoming a Toronto-based artist. He strives to share authentic and engaging stories with audiences through his work as a producer, playwright, poet and educator. He is the Producer for Canada’s leading culturally-specific theatre company Obsidian Theatre, along with being the Co-Creator and Operations Manager of Dark Nights conversation series. He continually seeks opportunities to empower and support young-in-craft artists with his collective Little Black Afro Theatre, creating spaces for artists to develop work with and for the communities they come from. After becoming the Toronto Poetry Slam (TPS) Grand Champion in 2017, Luke went on to captain the 2017 TPS team that competed at the Canadian Festival of Spoken Word and placed first in the country. He also competed in Vancouver in 2018 at the Canadian Individual Poetry Slam and placed 2nd. He has facilitated workshops, performed, and hosted events for Young People’s Theatre, Crow’s Theatre, The Paprika Festival, CANVAS Arts Action Programs, Union Station, Playwrights Guild of Canada and the International Festival of Authors. 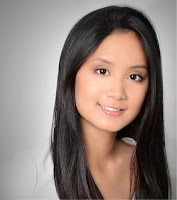 Maddie Bautista is a Saudi Arabia-born Filipino theatre maker and performance artist. Selected Acting Credits: Izzy in This Will Be Excellent (Carousel Players); The Girl in My Nightmares Wear White (SummerWorks 2016 Spotlight Award for Performance). Selected sound design credits: bug (Luminato 2018), Stones (Aluna Theatre) CAKE (Theatre Passe Muraille). Choir composition and direction: A Midsummer Night’s Dream (Shakespeare in the Ruff). Half of xLq with Jordan Campbell: an award-winning POP performance art duo. Co-creators and performers of 4inXchange (Winner of NOW Magazine’s Audience Choice Award at SummerWorks 2018, selected by Nightswimming for the 5x25 2017 Commission) - a facilitated experience around $1000 cash for four participants at a time. xLq is also part of Theatre Direct’s New Creation Unit developing Inside the Outside - an interactive and accessible theatrical experience for one young participant at a time. She is an alumni of Generator TO’s 2016/2017 Artist Producer Training program and Paprika Festival’s Writer’s Circle 2017. She is committed to creating work for survivors of sexual assault through her solo show Jeddahwi - in development with Rare Theatre. 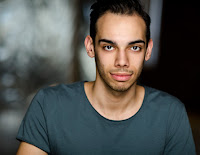 Augusto Bitter is a Venezuelan-born performer and theatre creator based in Toronto. He has a Specialist in Drama, Theatre, and Performance Studies from the University of Toronto and was named one of NOW Magazine’s Top 10 Theatre Artists of 2017. He has trained with Manifesto Poetico (Paris), Teatro delle Radici (Lugano, Switzerland), Factory Theatre's Mechanicals, and Canada's National Voice Intensive. Augusto is a part of Aluna Theatre's Interpretation Lab and a Youth Link Artist Educator at Soulpepper Theatre Company. Select performance credits include The Monument (Factory Theatre), Lear (Groundling Theatre Co.), El Retorno/I Return (Theatre Aquarius), Rope Running Out (lemonTree creations), and Our Town (Theatre Rusticle). His solo show, CHICHO, premieres at Theatre Passe Muraille March 2019, co-presented with Pencil Kit Productions with support from Aluna Theatre. More at www.augustobitter.com

Rachel is a Toronto based Set and Costume Designer creating for theatre and dance. She loves making her way across the country to design for a variety of communities. Some of the companies she has had the pleasure to design for include: the Shaw Festival, Obsidian Theatre, Buddies in Bad Times, Factory Theatre, Theatre Centre, Theatre Passe Muraille,Watah Theatre, Charlottetown Festival, and Video Cabaret. Some recent credits include: Risky Phil (Young People's Theatre), Speaking of Sneaking (Riser Project), Other Side of the Game (Obsidian Theatre/Cahoots), Lukumi: a dub opera, Bleeders, Bloodclaat (Watah Theatre), The Dream Catchers (Charlottetown Festival), 1837: The Farmers’ Revolt (Shaw Festival), Black Boys (Saga Collectif/Buddies in Bad Times), How Black Mothers Say I Love You (Factory Theatre/Trey Anthony Productions).

Join Us at Emergence 2.0

We thank The Second City and the Associated Designers of Canada for their generous support of this event.

This event is in partnership with the Siminovitch Prize.

Posted by Theatre Ontario at 09:20