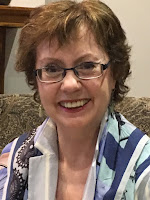 For several years running, I used to go off to the adult version of summer camp—Theatre Ontario’s Summer Intensives on acting, directing and set design. Ten years later, I decided to do it again—I’ve directed quite a few plays but with each one, I find myself wishing I had more skills. Other than workshops like this, I’m self-taught—or rather, I’ve been taught informally by my experiences with other people.

Our class of 13 was filled with people with a wide range of experiences. Most didn’t have a lot of formal experience directing—they said—but came from backgrounds that made them ripe for the course: designers, producers, teachers, actors, all eager to know more about the craft, some facing the director’s chair in the coming season for the first time. People would preface their introductions with, ‘I haven’t done much’ and you’d discover that that they’d been in theatre for 20, 30 or 40 years (or more), that they’d put on shows that involved entire communities, that they had raised $40K for charity through performances, etc.! So, from the first introduction, the hint was there that we had a lot to learn from each other and from our instructor, Diana Leblanc, who has worked as an actress and director in the most stellar companies in the country.

Diana invited us all to work on Sharon Pollock’s Blood Relations, a speculation on the story of Lizzie Borden, who was acquitted of the brutal murder of her father and stepfather in 1902. Lizzie and her lover, an actress, in a kind of game, imagine events leading to the murders. Diana played Lizzie, directed by Martha Henry, at the Grand Theatre in London in 1988. There’s a range of characters that present challenges in terms of their dimension and their motives. It’s a meaty text! 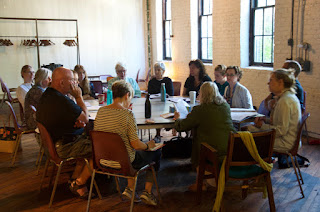 The most instructive choice that Diana made was to put us all in the director’s chair—and the designer’s chair. We each took turns presenting our ideas as to what kind of a space we’d want to place the characters, how we would use it, what visual metaphors we’d use. Fourteen directors, fourteen points of view. We started stealing from each other, or building our ideas on sympathetic or inspiring insights from other people. As homework, we thought about how we saw lighting or we researched sound cues or music we might use. That wasn’t so that we could take over those roles, but so that we could expand our understanding of what spoke to us in the play and what its possibilities are. We chose scenes that we wanted to block or break down. A ‘director’ would choose actors from our class for a specific scene and work the scene in front of everyone else. The director would learn on their feet, and get to debrief afterwards. People opened themselves up and worked without a net, but with complete support. I never saw a group come to such an understanding of the play as a whole so fast! This method of working accelerated collaboration and ownership and made me think I might give my next actors a couple of rehearsals to just take the reins! I can tell you that you could not predict how a scene would turn out from the experience or background of the ‘director.’

Throughout our time together, Diana generously shared her own stories of directing or being directed, but put the emphasis on our learning through experience. One humbling bonus: in our last hours, we were all directed by Diana herself, in scenes from Edward Albee’s A Delicate Balance.

Like many people in community theatre, I work all the time with people that I know and love, people who feel like a second family to me. I like to be open to working with new people, and I do so in every show—but it’s really unusual for me to work in a room where I don’t know anyone. It was so exciting! All week! It shakes up your role and your assumptions. And that’s why, by the end of the week, I was ready to come to back again next year.

One last thing: if you see a break-out of productions of Blood Relations throughout Ontario in the next few years, you’ll know why! (Unless we reunite to create one ‘super-production’…)