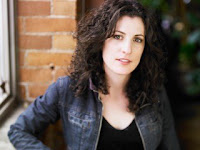 (November 22, 2018)  Yesterday I had my second phone meeting with my mentor Robin Witt.  Robin is a Chicago-based director and is also Associate Professor of Directing at UNC Charlotte. I will be mentoring under her and assistant directing on her production of Caryl Churchill’s A Number at Writer’s Theatre in Chicago. Robin is awesome. She is a vocal champion for women in the industry, a very accomplished director and teacher, and a hilarious human to talk to.

I’ve been thinking about directing for a while now.  I’m interested in expanding how I contribute to the industry in Canada and how I practice the theatrical art form. (That sounds so pretentious and I promise I will get less precious from here.) I have sketched out ideas for countless shows and stored them in the back of my brain because I have no idea whether I will be any good at directing. My greatest hope is that I’ll have something original to contribute and that I’ll be a kind and generous and insightful director that makes everyone feel super confidant in everything they do. My greatest fear is that despite working in the theatre for over a decade, I actually have no idea how the theatre works. That when I get into the room I’ll only rehearse the first scene over and over, and I’ll forget to cue to cue, and I’ll make everyone come on stage in one big blob in transitions, and then everyone will quit because they realize I have no idea what I’m doing.

So, I thought I should do some homework. Under the PTTP grant I can dedicate the time to learn about directing through study and practical work. It is an invaluable learning opportunity.  It’s an amazing program and one I am already encouraging everyone I know to look into.

I had seen Robin Witt’s name mentioned in various articles about the Chicago theatre scene. She has been nominated for several awards and her productions are often featured on Best Of the Year lists. I was in the process of seeking a mentor who best fit my hopes for the grant when I saw that Robin was announced as the director of A Doll’s House Part 2 at Steppenwolf. “Exciting,” I thought. I reached out to Robin through one of the smaller theatres she works with and within a day I heard back. We set up a phone meeting for the following week.  At the end of that hour-long conversation, Robin had offered me a place at the table on four shows she was directing. A Number fit in best with my work schedule. She floored me with her openness and generosity. That is the first lesson I have learned from Robin and one I hope I never forget.

So now back to where this post started. Yesterday I had my second phone meeting with Robin, and it lasted almost two hours. She was so excited that I had been awarded the grant.  We talked for a long time about Caryl Churchill and A Number. Churchill is a vocal feminist and A Number is a two-hander about cloning and it features two male characters. Robin feels the absence of women is deliberate in the play. That this particular world that is like ours but not ours, is devoid of femininity. That, and the medical focal point of the drama, are the jumping off points for the design. Hard edges, tall ceilings, clinical lighting, oversized windows.

Robin went into such particular detail about how she approaches her work. From design meetings and how she speaks with designers to best communicate ideas while not contaminating their creative process, to how she runs auditions.  She told me that she is a huge fan of research and preparing. She said that especially when directing work by playwrights like Churchill, she feels it’s her job to dig as deep as possible into the text.  We spoke about some of the research she has started and how I can get help in that area.

We also spoke about Robin’s career as an actor and director; she gave me her thoughts on various aspects of directing from being kind, to scripting your first day address; she talked about what she learned from her own mentor, Anna D. Shapiro, and how lucky she feels she was having met Ms. Shapiro before the great success of August: Osage County because Ms. Shapiro had the time back then to dedicate to mentorship.

I have a page scribbled front and back with notes from our conversation.  The next step for me is going through the design drop box so I can look at where that work sits right now.  Robin is going to put me in touch with the team at Writer’s so that I can be brought into all of the conversations surrounding the show.  She has suggested I read Anne Bogart’s book A Director Prepares and to look into Freud’s theory of dopplegangers as research for the play. I couldn’t be happier.

The next application deadline for the Professional Theatre Training Program is March 1, 2019.

Posted by Theatre Ontario at 08:36