Join Us at Theatre Ontario Festival 2019

Our annual Theatre Ontario Festival returns to Richmond Hill—and welcomes one of Canada’s most acclaimed actors, RH Thomson, as our Festival Honorary Chair. Tickets and accommodations are now on sale.

Opening May 15, and running until May 19, our annual Festival is a celebration of community theatre—featuring performances, adjudications, workshops, awards, and parties that bring together theatre lovers from across the province. The Festival is hosted by The Curtain Club, with performances at the Richmond Hill Centre for the Performing Arts (RHCPA), the venue of Theatre Ontario Festival 2011. Early-bird passes at a discounted rate are available until January 31. 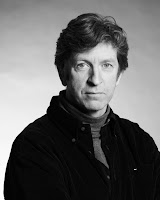 We are thrilled to welcome Richmond Hill-born actor RH Thomson as our Festival Honorary Chair. In 2015, Canadian stage and screen actor RH Thomson was awarded the Governor General's Performing Arts Award for Lifetime Artistic Achievement and the ACTRA Award of Excellence. He was made a Member of the Order of Canada in 2010 and has been given an Honorary Doctorate from Trinity College, University of Toronto. He has appeared in theatres across Canada and has filmed in Canada, the US, Greece and the Czech Republic. He has earned Gemini, Genie, Dora and Merritt awards for his work and recently directed The Crucible at Theatre Calgary and is performing in The Message at the Tarragon Theatre in Toronto. He is currently playing Matthew Cuthbert in the CBC/NETFLIX series Anne with an E for which he received the Canadian Screen Award. As well as being an advocate for the arts, he has worked on many history / education / arts projects. For the First World War Centenary, he built the multi lingual project The World Remembers-Le Monde Se Souvient, an international WWI Commemoration with installations across Canada and in eight other nations - www.theworldremembers.ca.

“Theatre Ontario is part of theatre’s essential nutrients since live theatre can only thrive with live participation,” said RH Thomson. “Seducing people away from their screens in order to enter the spaces where they can explore the art form called theatre is one of our main challenges. Festivals, like Theatre Ontario’s, is one of the ways we can do that.”

The Festival Hotel is the "Holiday Inn Express and Suites Toronto-Markham" in Richmond Hill. Festival guests will receive preferred rates.

For booking information of tickets and accommodations, visit www.theatreontariofestival.ca.

Theatre Ontario Festival 2019 is hosted by The Curtain Club, in partnership with Theatre Ontario and the Association of Community Theatres—Central Ontario.

For 65 years, The Curtain Club has provided quality theatre at an affordable price to the citizens of Richmond Hill, Ontario and has been recognized as a centre for developing artistic appreciation, creativity, personal growth, and friendship.

Posted by Theatre Ontario at 08:54