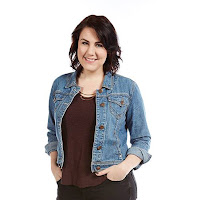 (February 22, 2018)  As I sit here trying to write my long-overdue final report, I’m not sure of where to start or how much to share. Completing this report is challenging because my completing my project was challenging.

I mentored with Marilo Nunez in directing on a production of her play, El Retorno, as part of Theatre Aquarius’ TA2 series. I completed two weeks of pre-rehearsal mentorship with Marilo as well as two weeks of rehearsals for the show. But I could not complete the mentorship as planned.

A few years ago, my father was diagnosed with Chronic Lymphocytic Leukemia (or CLL), a type of cancer of the bone marrow. He underwent chemo, which helped him for a period of time, but also left him with a condition which made it very difficult for his body to produce white blood cells, therefore leaving him susceptible to infection. In mid-September, he was admitted to the hospital with a chest infection and was trying to become well enough to receive a bone marrow transplant.

During the last week of rehearsals, it became clear that my Dad’s position was palliative. I told Marilo that I wouldn’t be coming to rehearsals and got in touch with Rachel from Theatre Ontario to let her know the developments. I was so grateful for the kindness and gentleness of their responses, and for the allowing me the opportunity to finish up my mentorship later in a different way.

My Dad’s health improved briefly and I was able to attend most of tech week at Theatre Aquarius and two of the shows, but on October 28th, I opted to skip the last matinee performance to be at the hospital. My father passed away that afternoon.

In this report, I thought I’d be talking about all the lessons I’d learned about blocking, script analysis, ensemble building exercises. And while I have learned about those things, the lessons that have stuck with me are much more valuable.

I’ve learned that theatre is about people, that choosing who you work with is important. That it helps to surround yourself with supportive people who will life you up. That things often go as expected. I’ve learned that it’s important to give yourself grace sometimes and ask for it when you need it. And I’ve learned that, although my career is very important, family takes precedence.

I’m deeply grateful to Marilo for her support and understanding during my mentorship, and equally grateful to Theatre Ontario for being flexible with my timeline and the way in which I complete my mentorship. Marilo and I had a few post-mortem meetings to talk through the process during the week of rehearsals that I missed. And I’m thrilled that I will be continuing my mentorship relationship with her as she facilitates the Women’s Work Playwright Circle (of which I am a part) in Hamilton over the next several months.

Posted by Theatre Ontario at 07:55