Stories from Next Generation Showcase: “Like Suddenly Discovering Game of Thrones, Seven Seasons In” 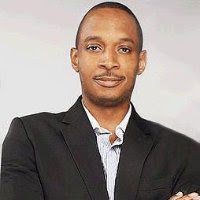 When I first came across the Theatre Ontario Next Generation Showcase, my only thought was, ”How have I not been here before?” I’m embarrassed to admit that after seven years of running the Toronto Monologue Slam, this gigantic, annual showcase of actors had completely slipped under my radar. It was like suddenly discovering Game of Thrones, seven seasons in. It felt as if I’d been living under a rock, but was excited to binge watch dozens of new actors performing for two straight days.

I showed up the first day as an agent, one of the many changes I’ve made over the past seven years. The energy felt like the first day of school; youthful exuberance racing to get ready, and bleachers filled with senior agents and important industry members. At the Monologue Slam you have to face three judges (and you’ve had a drink), but this was an entire room of them. I could feel the stakes for the students who were about to take the stage. Everything had been leading up to this. If they only knew this was only the beginning.

The event was very well-organized. My background is in event planning and I’ve worked on some pretty big ones including Toronto Caribbean Carnival and NBA All Star Weekend, so I don’t say that lightly. From the moment I arrived I felt welcomed and there were nothing but incredible people offering directions or information everywhere I turned. They didn’t even get annoyed by the thousands of questions I had throughout the event. I tend to ask a lot of questions when I’m nervous.

Later on in the evening I changed into my Toronto Monologue Slam hat and attended the reception as one of the presenters. I was grateful for the opportunity to stand beside organizations like George Brown College, AFC, ACTRA, Second City, Factory Theatre and TAAS to inform graduates about what we have to offer. I had so much fun talking with everyone. Their enthusiasm was infectious and I felt my own being renewed. I invited several actors to the upcoming Monologue Slam; many came, some even taking the stage. I was thrilled to aid in continuing their experience from the Theatre Ontario Showcase—seeing them meet other actors in the city, networking with agents and casting directors and also getting to perform their monologue again; a few days older and probably a lot wiser. It was an honor to welcome these talented new faces into our little community.

A lot of things have changed over the years. Aside from becoming an agent, I’ve also stepped into the roles of writer, director, producer, and became an advocate for artists. I’ve had the great opportunity to mentor and work with actors in almost every capacity and I was wearing all my hats that weekend. As an agent, I was looking for fresh new talent to add to my roster. As a writer/director/producer I was looking for interesting new characters to bring these stories I have running around my head to life. Finally, as an advocate, it became clear to me just how important it is for us to help build an industry that can support the hopes and dreams and careers of so many talented and hard working artists.

Not only will I be attending this showcase every year from now on, I look forward to getting involved and helping any way I can.

Posted by Theatre Ontario at 07:44