Things I have learned in this job... 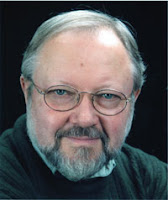 Soon I will be stepping down from the job of Community Theatre Coordinator. It’s been an eventful three years, and very educational for me.  I have met the most dedicated and hard-working people of my life while I have traveled around the province as cheerleader-in-chief for the non-professional theatre sector. I told a colleague that I was planning to exit with an article about what I have learned in this job, and he suggested it was likely to be a very short article. Good joke.  Here is what I think I have learned…


I have more respect for Community Theatre
I have heard it said that community theatre is like God—if it didn’t exist, we would have to invent it. Any community that for some reason loses its local production company soon acquires a new one.  There is something about community theatre that is quite different from, say, dinner theatre or fringe festivals—even though the boundaries can be blurred and overlap.

Community Theatre is a bottom-up enterprise. It starts with roots in the community and it grows in that place.  Sometimes individuals or small groups will turn their talents towards establishing a company (sometimes because somebody wants the title of Artistic Director) but a top-down initiative usually lasts only a short time and then either turns upside down into a real grassroots theatre, or it dies when the founders at the top of the company lose interest or move.  No community theatre can be sustained without the will of the participants coming first.

Not that community theatre is a democracy. Lord no. We all know it is a Social Contract. We the actors, designers and technicians, give up control to a director so that competing artistic visions don’t kill each other off. But without that social contract, without stakeholders to care about the company, the future for any company is bleak.  I have gained a great deal of respect for the people who make community theatres work. They are the quintessential “company man” ambitious for their colleagues not just themselves.

Community Theatre is the prototype for theatre in Canada
Yes there was theatre in Canada before the Dominion Drama Festival, some of it professional and some of it very amateurish. But it was the DDF that defined theatre in this country for almost forty years. During the slump when radio, talking pictures, depression, war, and television combined to revolutionize the dramatic tastes of the public, community theatres kept pursuing the dream of live theatre. Community theatres then and now are filled with people who are good citizens—working for the public.

When the DDF folded at the end of the 1960’s, it was the community theatre sector in Ontario that spearheaded the establishment of a new organization that would not only sponsor a provincial version of the top-tier festival, but would also become an umbrella to embrace professional and educational theatre and build bridges between these rapidly developing sectors. Theatre Ontario (now celebrating its 40th Anniversary) was the result.

We can even pinpoint the place where the idea started. Had it not been for the leadership of a very few determined people who met at the QUONTA Festival in Sault Ste. Marie in March 1971, there would have been no Couchiching conference in June, no steering committee, no letters patent in September, no Theatre Ontario. Where there is a will there is a way. And there was a will in Sault Ste. Marie.

Drama Festivals are icing but not the whole cake
Forty years ago, Theatre Ontario was founded, and two years later (in 1973) the Ontario Theatre Festival was inaugurated. This coming year, we celebrate the 40th Annual Festival, again in Sault Ste. Marie.
Yet forty years on, we can see cracks in the structure that are similar to the problems faced by the old DDF.  Travel is expensive.  Standards are high. Theatre companies don’t want to participate unless they can showcase their full potential. Scenery, lighting, challenging scripts (which may not sell well to the home audience)—it all costs money.

To be honest, the regional full-length and one-act festivals reach a very large audience in the East, the North, the West and Central Ontario—larger than the Theatre Ontario Festival which showcases only four groups a year. Just check out the Box Office lists of recent festivals and you will see a group of about seventy people who attend our festival every year. These regulars, plus participants from the four plays and a few theatre lovers from the host city, constitute the audience for the most significant community theatre event on the Theatre Ontario calendar.

Meanwhile, there are active theatre groups all over the province who have never been to a Theatre Ontario Festival, and don’t see the need to do so.  The festival is off their radar.  Being selected for the DDF was never the only reason to do plays in the 1930’s.  Festivals in general are the icing on the cake, but not the whole cake. Perhaps theatre festivals run in cycles. Perhaps the Theatre Ontario Festival, as it is presently conceived, will also undergo a metamorphosis.

One Act Plays are under-rated
Consider this: The DDF before World War Two was a one-act play festival. In Ontario, only EODL currently runs a competitive one-act festival, and it’s a doozy.  Nine plays can be accommodated and every year EODL has too many groups wanting to enter.  A one-act festival is more focused, cheaper, and let’s face it, easier.  WODL and QUONTA both run non-competitive festivals with “workshop leaders” instead of adjudicators. The focus is on training for new directors and actors, but the enthusiasm for the gathering is just as intense as for their full-length competitive play festivals. One-act festivals can attract entries as big or small (in budget and company size) as the group can muster. You don’t have to be rich to participate. Less can be more at a one-act festival. And one-act festivals can accommodate a much larger number of plays and group participants.

In truth, the tradition of full-length play festivals may need to be re-examined. Are we keeping our festival structure alive primarily to feed the Theatre Ontario Festival, an event which touches the few, not the many?  Should we experiment with a One-Act Ontario Theatre Festival?  The International Thespian Society (an American high school theatre organization) hosts an annual convention with two or three one-act plays each afternoon and a full-length play at night. A true feast of theatre. Could we organize two parallel festivals with separate adjudicators—full-length plays in the evening, one-acts in the afternoon?

Yes I know. Easy for me to say. I’m leaving the job. But whatever happens we know one thing for sure: Change is constant. Theatre Ontario and its festival(s) will not be the same ten years from now, as they are today. But community theatre will be alive and well and living in a town hall near you. And I’ll still be there cheering you on.
Posted by Theatre Ontario at 10:07