Theatre Ontario congratulates Krista Jackson of Winnipeg and Michael Wheeler of Toronto who have been chosen as the Intern Directors for the 2012 Neil Munro Intern Directors Project at the Shaw Festival.

Krista Jackson has been working in Canadian theatre for the past two decades and last season co-directed The Seafarer with Gina Wilkinson at the Royal Manitoba Theatre Centre’s (RMTC). Krista is co-founder and artistic director of zone41 (www.zone41.ca): a new theatre with a mandate to re-vision classics in Winnipeg.  The company’s inaugural production of Bruce McManus’ adaptation of Three Sisters will be presented in partnership with Theatre Projects Manitoba this fall.  Krista will then direct Village Wooing for zone41 in RMTC’s 2012 Master Playwrights Festival which will celebrate the work of G.B. Shaw. The show will run in conjunction with Eric Lesage’s 20 panel exhibit of a deconstructed 1956 Webster’s English Dictionary at RAW: Gallery of Architecture and Design. She is also currently collaborating with playwright Carolyn Gray on a Molière adaptation for next season.  “In a telegram to Moscow Arts Theatre in 1899, Chekhov wrote ‘We shall work mindfully, cheerfully, tirelessly, unanimously.’  I will try to do just that as an intern director at the Shaw Festival for the 2012 season.  I look forward to a summer devoted to investigating and learning with the Shaw’s dynamic company of artists.” 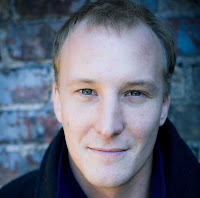 Michael Wheeler has directed ten original productions as Artistic Director of Praxis Theatre.  He is currently directing Jesus Chrysler by Tara Beagan presented at Theatre Passe Muraille and is Co-Curator of the Freefall Festival at The Theatre Centre.  Michael has trained as a director at the Tarragon Theatre, as an artistic producer with Volcano Theatre and is editor of praxistheatre.com. Assistant director credits include Tear The Curtain at The Cultural Olympiad and Peggy Pickit Sees The Face of God as part of Luminato and Canadian Stage.  He is the recent recipient of two separate Royal Bank of Canada Artist Awards: the 2011 SummerWorks Arts Professional Award and was a Finalist for the 2010 Toronto Arts Foundation Emerging Artist Award. Michael is a member of The Wrecking Ball holds an MFA from the Moscow Art Theatre.  “As Artistic Director of a theatre company with a sociopolitical mandate, spending a season at a festival founded on the works of one of theatre’s great social justice advocates is a tremendous opportunity. There is much to learn from the incredible artists that comprise The Shaw Festival and the exceptional resources available to directors there.”

Since its inception in 1988, the project has been sponsored annually by Sun Life Financial. Visit the Theatre Ontario website for more information about the Neil Munro Intern Directors Project at the Shaw Festival.
Posted by Theatre Ontario at 09:10