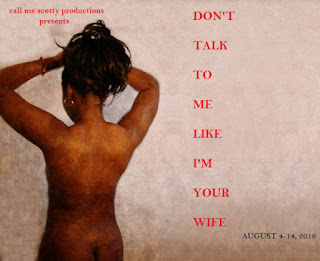 (February 6, 2018)  It was roughly at this time last year that I felt that I had plateaued in my career. My last play, Don’t Talk to Me Like I’m Your Wife, had closed at SummerWorks on August 14, 2016. It was the last of three plays I’d written and produced for the festival and I’d decided that if nothing came of it I’d begin re-evaluating my career as a playwright. I gave it six months. By February 2017 I hadn’t heard anything from anyone, even after following up with all the artistic directors that had attended the play.

I realized that, while I was a competent writer, I was an even better producer and should capitalize on that skill. I met with Pat Bradley at the Ontario Arts Council to discuss my options and she pointed me in the direction of a few grants to help. The Skills & Development Grant for Indigenous Arts Professionals and Arts Professionals of Colour was due in less than two weeks. I immediately wrote David Auster at the Stratford Festival to ask if he’d be interested in mentoring me in Producing and he said yes. I then spoke to Bruce Pitkin and Rachel Kennedy about the Professional Theatre Training Program and they encouraged me to apply. Once I was awarded both grants to help me live in Stratford Ontario for three months I began wondering what mentorship would look like at the Stratford Festival. 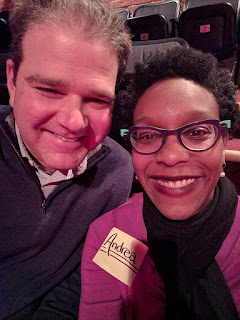 I have only produced plays at festivals and the budgets for them have all been under $15,000. In my meeting with David in August 2017 he warned me that producing a show at the Stratford level was massively different from the festival level and I found that idea exhilarating. Producing has been a solitary pursuit for me and it will be a huge education for me to see how a producer of more than a dozen shows works within a team. Bonnie Green sat in on our first meeting last summer and I was thrilled to learn that I would get to work with her, too.

David and Bonnie felt that my presence in the office would be a benefit to them because I have an artistic background as well as a keen interest in the business side of things. David was very honest when he said, ‘I’m not exactly sure what we’re going to do here since producing is a lot of answering emails and putting out fires.’ Yes, I remember that a lot from my last show. How does it happen at a million dollar company? I ran into Bonnie last month at the opening of Silence at The Grand Theatre and she was very excited to announce that they had a desk all set up for me. I can’t wait.

The Stratford Festival is doing fine and as diverse as the stages are I think my presence in the offices that exist ‘behind the curtain’ will be pleasant change. Most people who know me in the industry are aware of my skills as a writer and producer but what allows me to synthesize those two things into my company, Call Me Scotty Productions, is a discipline of industriousness, focus, and desire to learn as much as possible from the world of business. 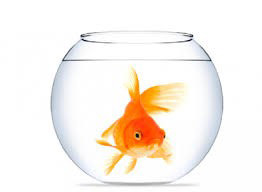 About one week ago I had a dream that David greeted me at my desk with a big, beautiful goldfish in a rose bowl. After some cursory research I found that a goldfish, in Chinese culture represents abundance and success in business.  A good omen, and one I will work towards bringing to fruition.

Posted by Theatre Ontario at 07:30