Stories from Next Generation Showcase: A Future Bright with Possibility 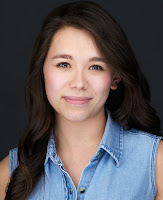 By Kiana Woo (University of Alberta)

When I flew to Toronto with my classmates, I had no idea what would be in store for me. Coming from Edmonton, Alberta, meant that we had very little idea of what to expect when we visited this city. We had been planning to come to the Theatre Ontario Next Generation Showcase since our first year in the program, so it was a bit surreal to already be sitting on a plane to Toronto after what felt like no time at all.

I was raised in Calgary and I have always had a love for performance. I started out doing competitive Ukrainian dance, but as I got older I was drawn towards the theatre. I started taking drama in junior high and my love for it grew steadily from there. Once I graduated from high school I moved to Edmonton to study Drama at the University of Alberta. My goal was always to train in the BFA Acting program and after three auditions attempts I was admitted. This program has challenged me in ways I never expected and offered me opportunities and experience I could have never even have dreamed of, alongside an incredible ensemble and wonderful professors. I have been studying drama and acting at the University of Alberta for six years now and, as I head into the final months of my acting training, I find myself nervous and excited for what the future brings.

We landed in Toronto full of excitement. I had visited before but never with this sense of buzz and electricity. The idea that we would get the chance to perform in this city sent that familiar thrill down my spine. When we landed in the city, we were all overjoyed.

This was one of the first steps out of education and into the profession and it was very exciting to be on this journey with my classmates of three years. It felt like we had come to accomplish something. I spent the first day rediscovering my love for the city. Roaming the streets of a city that seemed to buzz with possibility. That night, we went to attend the first of the networking parties. The room was full of recent grads or about-to-be grads. Some had performed that day and some were like us—waiting for their moment, wanting to scope things out and get the lay of the land for tomorrow. It was amazing to see a room full of people all filled with the same drive and passion for the arts as me. We then went to the panel discussion, and were able to see the stage that we would perform on the next day. The theatre was vast but rapidly became filled with an upbeat and hopeful energy as all the other graduates poured in. It made me excited to take the stage tomorrow. The panel was wonderful. It made this wild crazy profession we’ve chosen, seem not so impossible. The way the panelists talked about everything with such authenticity and sincerity was inspiring. It was extremely refreshing to have a panel of professionals and artists speak with such honesty. It made the reality of this profession and this kind of work sink in, made it seem like this city could become a place where I could come practice the craft I’d worked to train in all these years.

I went to sleep that night looking forward to the morning and what possibilities it could bring. Before I knew it, it was our turn to take the stage, I remember looking out into the house and feeling ready. I could see all the possibilities that lay before me, and I was still full of inspiration from the night before. I was proud to share my work, and to allow myself to be able to take the space and own the room. I remember the joy of that morning carried us all the way to the networking party that evening where we were able to make some many new friends and amazing connections. I was extremely proud of our little group for coming so far and thriving at this event.

Since we are still in school our turnaround was incredibly quick, the next morning we were on a plane back to Edmonton to make it back in time for our final dance performance that afternoon. I remember dragging my body back to school, feeling so tired but incredibly happy and proud of what we managed to accomplish. The Theatre Ontario Next Generation Showcase was an eye-opening and joyful experience, that made me believe that my future is bright with possibility. I am so grateful for the opportunity to perform and demonstrate what I have been working towards all these years. As I continue the final semester of my studies, I feel just a little less overwhelmed by what the future might bring.

Posted by Theatre Ontario at 07:49