Naomi DuVall trained in puppet design, building and manipulation with Brad Brackenridge at the Nervous System in Peterborough

Festivus Rattus Rattus 2035- Presented at The Theatre on King as part of Precarious: Peterborough ArtsWORK Festival


As the show and this mentorship come to a close, I can't help but wish I had more time. I still have much to learn from Brad. This is partly due the last few months being heavily occupied by the responsibilities that come with an unexpected family illness. Happily, I was able to balance these and my mentorship by scaling down some of its more complex/time consuming elements. Instead of constructing a full marionette from scratch, I focused on wood carving technique and sculpted a few small children for use in performance. I did have time to observe Brad build puppets for the Shaw Festival early in my mentorship, gleaning knowledge about their construction and movement through our conversation, contact with the prototype, and reading materials Brad provided me with.

This production marked my first time being involved in more aspects of a professional project than performance. In productions of his I’ve seen, Brad usually has a role on stage in addition to his puppet/set/prop building/design duties. I was given a taste of this and was not only privy to the birth of ideas in design meetings but also got to be on the front line, figuring out how to execute them via construction AND performance techniques. I was given the role of the Pied Piper/A festival attendee-helper. I wore one of the rat-heads that I built. Through this I learned the importance of facial bone structure, eye and ear placement/shape, (i.e. The difference between rats and pigs.) Using a technique and medium that was new to me, I molded paste-sodden burlap over chicken wire that I had bent into a rat skull shape.

As the Pied Piper, I got to manipulate two different versions of the same character: One in miniature, dangling from and operated by a long rod, and the other, a life-sized echo of it placed over my body. I had the chance to grow as a puppeteer/performer by being given the challenge of finding the same movement in two totally different styles of puppet. I had to adapt to the essential (for its ability to reach out over and illuminate the whole audience) yet awkwardly long handle on the miniature. Another obstacle overcome was my limited vision in the larger. With practice, perseverance and faith and maybe a touch of echo-location, I managed not to tumble into the audience, Rat-Mayor or live musicians!
I admire that Brad uses reclaimed/found materials as much as possible in his work. This style suited the show really well as it took place in a post-apocalyptic version of Peterborough in the year 2035. It was super-interesting to watch him develop and then perfect his four councillor puppets; they began as containers from the recycling box that became bodies, with faces carved from found packing foam and divided at the jaw, and he fed a rod through the center of the top of each head and used it as a lever to lift the top portion, creating movement for speech. I love the look created by taping over the face and added features, then painting over it. Getting to see how the creations were manipulated and sewn into the structure of the show was invaluable and informative to my process. 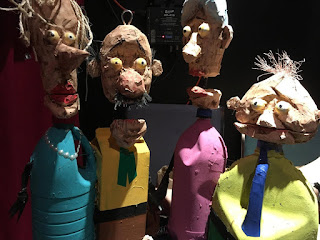 In my application, I stressed the importance of me being involved in a show from the idea stages all the way through to execution. As a performer who wants to originate their own work, this was sooo important for me to be immersed in. I saw exactly what is required to put an idea up on its shaky legs, then help it breathe and run. Regular meetings, check-ins and deadlines are crucial. Taking inspiration wherever you can find it is an important lesson I retained: a snack brought to one of our meetings ended up finding its way into the script. It was an egg roll filled with pizza toppings from a local restaurant. The restaurant is a unique place and has been around long enough to become part of the local culture and could very well survive in memory after an apocalypse. It was proof that you really can draw from anywhere. A very real, consumable detail of Peterborough that gave a bit more believable weight to the story... and me, as they made a delicious appearance at our festival closing party. 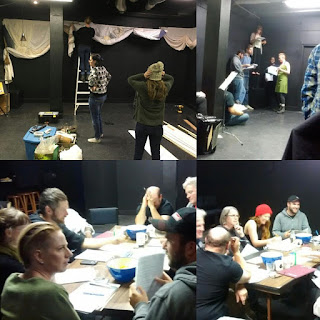 Spending time in the capacity I did with such active, experienced, compassionate and motivated theatre creators, to be able to observe them in action, having the chance to share my input, make suggestions and be involved in the problem-solving and decision-making has altered my plan of approach to creation greatly. In terms of puppetry I was exposed to new mediums to work with and a few different types of design styles [working from real life photos, using varied paper shapes to assemble/mix and match facial features when planning a puppets face, finding inspiration from the natural shape of the medium (i.e. wood). . I realized the importance of working economically and with speed with tight deadlines and that knowing when to cut your losses and start again is key.

Through this process—the planning, stress of deadlines, getting feedback on how to puppet more effectively and efficiently, making mistakes and figuring out how and when to fix them, abandon and learn from them or embrace them and sharing ideas and even more importantly snacks—I’ve developed a good working rapport with Brad. Good enough for him to invite me to work on his next project; a giant, two-person operated snake he is developing for a stage version of The Jungle Book! Even though the mentorship is technically finished, I hope to keep an eye on Brad’s upcoming projects and seek his advice on mine.

This training has given me confidence and some elementary knowledge/tools to begin biting into bigger, more complicated and formerly intimidating ventures. I plan to continue towards my goal of marionette construction. I’ll practice the skills I’ve learned so far and see where that takes me. Whether I am inspired to write a show around the marionette or incorporate it into the one-woman show I’m working on, or just keep it as a pet remains to be seen. Regardless, I am excited for what the future holds and feel incredibly grateful for this opportunity. I am deeply thankful to Theatre Ontario for facilitating this whole experience. It has opened up more possibilities for me and forged some wonderful connections. I know I’ve absorbed far more than I’m able to process or convey in this passage, I can't recommend this program enough to theatre folk at any level, please never stop helping art happen! 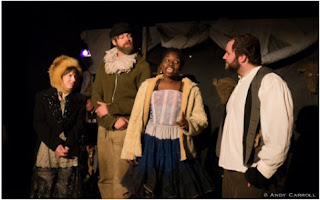 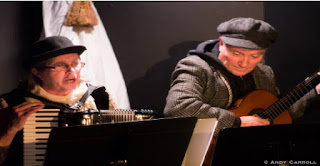 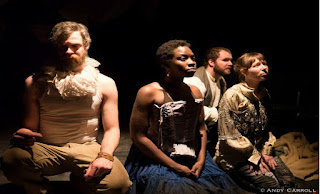 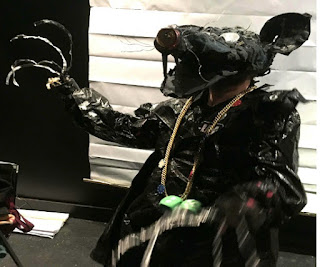 Posted by Theatre Ontario at 07:36