Summer Course Profile: Everything You Always Wanted To Know About Acting

Tom Diamond returns to lead one of our most popular courses, suitable for absolute beginners or more-experienced actors who want to get back to the basics.

Many people have the passion to act, but without the craft to support this desire, they just fly by the seat of their pants.  This exhilarating course focuses on learning the underlying principles and techniques of the craft of acting: imagination, observation, concentration, relaxation, intellect, communication, and authenticity.

Beginning with solo work, progressing to improvisation, and into the beginning of scene study and script analysis—the emphasis of this course is the Actor’s Process, and not the performance results. 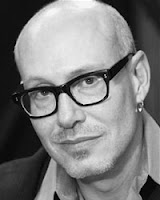 Director Tom Diamond’s critically acclaimed productions include premieres of Chan Ka Nin’s Iron Road (Dora Award) and Timothy Sullivan’s Florence The Lady With The Lamp (Chalmers Award), six productions for Pacific Opera Victoria and nine for the Canadian Opera Company.  His production of Squonk was an off-Broadway hit and transferred to Broadway where it won the American Theatre Wing's Hewes Award. He is the Resident Director/Dramaturg at Tapestry New Opera Works.  His first short film, The Perfect Match, premiered at Harbourfront’s World Stage Festival, has been seen at film festivals across North American and was nominated for Best Experimental Film at the Miami Short Film Festival.  He is also is one of the most renown and sought after Acting Coaches on the continent.  He is currently the Acting Coach for both the Canadian Opera Company Ensemble Studio and the Atelier Lyrique (Opera de Montreal.)  He has taught Acting at York University, George Brown College Theatre School, University of Toronto, McGill University, Indiana University, the Eastman School of Music, the New England Conservatory and given dozens of Master Classes at many other institutions.  Mr. Diamond is perhaps most often recognized for his participation in both seasons of the Gemini Award-winning television series Bathroom Divas.

"Tom Diamond was an exemplary teacher, committed to helping each of us bring out our best," said one past participant.  "He was extremely well-prepared, and has such an impressive range of experience to share.  His energy was incredible.  I particularly appreciated the fact that he took the time to address each of us individually and knew just exactly how to "meet us where we were at" and help us move forward from there."

The Theatre Ontario Summer Theatre Intensive runs from August 12 to 18 at Wilfrid Laurier University in Waterloo.  Experience a week away from all distractions and immerse yourself in a unique theatrical learning experience.  You will learn new skills, meet passionate theatre people, and flex your creative muscle!  Read about all of our Summer Courses on the Theatre Ontario website.
Posted by Theatre Ontario at 15:55