The Ephemeral Lightness of Theatre 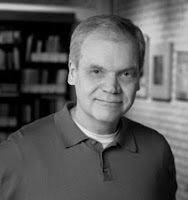 Vancouver Playhouse shut down operations after 49 years on March 10, 2012.  I was shocked, not knowing any of the story leading up to the sudden closing.  In the late 1950’s and 1960’s, supported by the Canada Council, regional theatres were established across Canada—the Manitoba Theatre Centre (1958), Neptune Theatre in Halifax (1963), Vancouver Playhouse (1963), Citadel Theatre in Edmonton (1965), Globe Theatre in Regina (1966), Theatre New Brunswick (1968), Theatre Calgary (1968); Toronto’s St. Lawrence Centre for the Arts first opened in 1970.  Of these theatres, Vancouver Playhouse is the first to fall and may it be the last.

I have never seen a show at the Vancouver Playhouse.  I have been not been in Vancouver often—and only in the summers when the Playhouse was between seasons.  I know Christopher Newton was Artistic Director there in the 1970’s before he came to Shaw.  I also know that Tennessee Williams was there for a couple of shows in the early 1980’s: he co-directed a new version of his play The Red Devil Battery Sign and adapted The Seagull in a version entitled The Notebook of Trigorin.  At the Tarragon, I got to work with Larry Lillo who was the Playhouse’s Artistic Director for five seasons before his premature death in 1993.

Not much knowledge really for a theatre with 49 years of history.  How many shows is that?  If you allow six shows per season that is close to 300 shows.  I spent many years at the Tarragon Theatre.  I would estimate that I was there full-time for approximately 140 to 150 shows—not even half of the Playhouse’s 300.  Still, my brain is overflowing with memories of those Tarragon shows.  I can’t imagine the countless stories of Vancouver Playhouse’s shows from 1963 to 2012.

This got me thinking about the ephemeral nature of theatre.  In another ten years there will be a new generation of young people coming of age in Vancouver for whom the Vancouver Playhouse will be all but forgotten.  How many people are there right now with first-hand knowledge of the shows at the Playhouse in the 1960’s?

But, really, that is the both the nature and glory of theatre.  It only lives in the moment, in the performance, never to be experienced again.  Occasionally productions are revived but, more often than not, there are cast changes.  I was fortunate to see two revived productions this past November and December: 2 Pianos, 4 Hands again with Ted Dykstra and Richard Greenblatt and Soulpepper’s Parfumerie with the original cast, save for one smaller role.  These are, by far, the exceptions.  Usually it is the play which is revived, not the production.

Sure there are reproductions caught on film or videotape but they never truly recapture the theatre experience.  Even when they are exceptional such as the excellent film version of Stratford’s 1994 production of Long Day’s Journey Into Night with William Hutt, Martha Henry, Peter Donaldson, Tom McCamus and Martha Burns, all you can say is that you saw that film.  You cannot say you experienced the legendary production.

It is sad when a theatre dies.  Usually they never come back.  In 2009, the Red Barn burnt down.  There is no sign yet that it will be rebuilt.  In 1993, Toronto lost Theatre Plus after 20 years, never to return.  Toronto nearly lost Factory Theatre in 1996, saved from closure at the last moment by its current Artistic Director, Ken Gass.   So it is very sad that we have lost Vancouver Playhouse.  Sad as it is, theatre is an art form which always will be reborn by each generation.  We all carry the torch, if you will, and that torch gets passed on to each succeeding generation.

Vancouver Playhouse lives on in the careers of all the artists who have ever worked there, in the memories of the theatre-goers who have seen shows there, and in the care and growth of theatre across this country.   New theatres are born every year.  Some may not last long and none will take the place of Vancouver Playhouse but, cumulatively, we can say that Canadian professional theatre is stronger than ever.
Posted by Theatre Ontario at 10:54