Theatre Ontario is pleased to announce the recipients of the 2012 Michael Spence Awards for Contribution to Community Theatre.  These awards are presented by Theatre Ontario on the recommendation of the regional community theatre associations to honour individuals for sustained contribution, generosity of spirit, and legendary commitment to community theatre in Ontario. 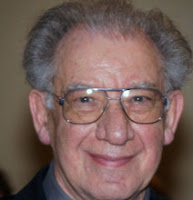 Lawrence "Lawrie" Bonanno has been a passionate member of the amateur theatre community since his arrival in Canada in the 1950s.  He has been an active member of Theatre Burlington serving in many capacities—especially in technical areas.  He has served many years on the Boards of Theatre Burlington and the Western Ontario Drama League (WODL) and is a past President and Life Member of both organizations.  He was recently on the planning committee for the new Burlington Performing Arts Centre and has constructed WODL’s Festival Awards for many years. 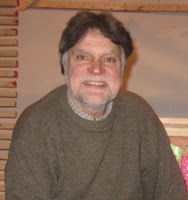 Walter Maskel has acted, designed, directed or produced over 130 productions in northern Ontario.  The former Head of Performing Arts at Sudbury Secondary School and an arts consultant with the Ontario Ministry of Education, he has been a strong advocate for, and participant in, theatre across northern Ontario.  His productions have been honoured at both QUONTA and Theatre Ontario Festival, and have travelled to international festivals with productions from England, the U.S., Ireland, Italy, and Russia. Many of Walter’s former students are now working as arts educators, or in professional and community theatre. 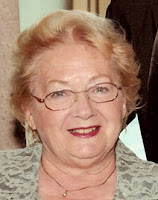 Margaret Shearman has worked in community theatre almost her entire life, starting her career as a young teenager in her native England.  She was first involved with the East York Theatre Guild, co-founded the Camp Petawawa Players, and has acted, directed and produced for Kemptville Players, Ottawa Little Theatre, and her local theatre group Theatre Night In Merrickville.  She stage-managed the first Eastern Ontario Drama League (EODL) One-Act Festival, created the EODL website, served as newsletter editor, and helped develop an evaluation system for choosing EODL Festival groups.  She is also a past President of EODL. 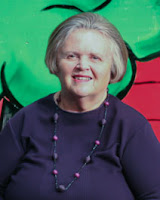 Jo-anne Spitzer first joined Theatre Aurora in 1971, and is now a Life Member, has been an actor and producer, and served as President, VP Operations, Marketing And Communications Director and Box Office Manager.  She served for over ten years on the Board of the Association of Community Theatres of Central Ontario and has been active in Theatre Ontario Festivals held in Richmond Hill and Newmarket where her phenomenal networking skills have helped increase the profile and awareness of theatre, and raised funds for various projects.  She is currently a member of the Board of Directors of the York Region Arts Council.

The Michael Spence Awards for Contribution to Community Theatre will be presented at Theatre Ontario Festival 2012 on May 20 in Sault Ste. Marie.

Read more about the Michael Spence Awards for Contribution to Community Theatres
Posted by Theatre Ontario at 14:06