Do you know how the new not-for-profit corporation acts are going to affect your theatre company?  With new laws for both provincially-incorporated and federally-incorporated not-for-profits, theatres may find they need new letters patent and by-laws, and may have other significant administrative requirements to meet.  Learning about these changes can ease the transition process and help to ensure that your organization is fully compliant with either the new Federal or Ontario Act—while failure to comply could have significant impact on how your organization will operate: its governance, its charitable registration, or its activities.

Ontario’s Not-for-Profit Corporations Act, 2010 (the "Ontario Act"), which is targeted to come into effect on or about January 1, 2014, will set out how Ontario not-for-profit corporations and charities (together, “Ontario NFPs”) are created, governed, and dissolved.  The Ontario Act will apply to every corporation without share capital incorporated under an act of the Ontario legislature (as well as some “social nature” share capital organizations), including those incorporated under Ontario’s current Corporations Act.  Existing Ontario NFPs will be required to update their incorporation and related documents in order to comply with the new Ontario Act, and will have three years to complete the transition once the Ontario Act comes into effect.  At the end of the three year transition period, any provision of an existing NFP’s letters patent, supplementary letters patent, by-law, or special resolution that still does not conform with the Ontario Act will be considered amended to the extent necessary to conform with the Ontario Act, or in some cases may be considered partly or completely ineffective—a state of uncertainty all Ontario NFPs will want to avoid.

The new Federal Act sets out rules that govern the internal affairs of Federal NFPs, simplified administrative processes, more flexibility to make fundamental changes, and a more objective standard for directors in carrying out their duties and responsibilities.  Federal NFPs, in order to avoid automatic dissolution, will be required among other things, to obtain a Certificate of Continuance and to create and file new by-laws that comply with the Federal Act, which may include replacement of their letters patent and supplementary letters patent (if any.) 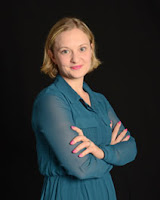 Sarah Farrell (www.sarahfarrell-law.com) is a Toronto-based entertainment lawyer who focuses on the law affecting theatre practitioners in Ontario. The contents of this article do not constitute legal advice nor do they create a solicitor/client relationship between Sarah Farrell and the reader. Each individual and organization will have its own specific concerns and circumstances that it will need to address when dealing with the issues set out in this article. It is strongly recommended that the reader seek independent legal advice prior to following any course of action related to this article. This article is not an exhaustive review of the topic set out herein and only provides a snapshot overview of some of the issues surrounding that topic.  Sources: http://www.ic.gc.ca/eic/site/cd-dgc.nsf/eng/h_cs03925.html and http://www.sse.gov.on.ca/mcs/en/Pages/Not_For_Profit.aspx.
Posted by Theatre Ontario at 08:08