Theatre Ontario is pleased to announce that tickets for the 2012 Festival in Sault Ste. Marie are now on sale.  Tickets can be ordered from the Theatre SMC website, your online Festival destination.  Festival 2012 runs from May 16 to May 20. 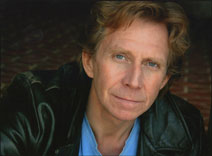 We’re pleased to announce that Jack Wetherall will be our Honourary Chair for Festival 2012.  Jack has been a theatre artist for over forty years, beginning with performances in Sault Theatre Workshop’s The Boyfriend and Look Homeward Angel.  After graduating from York University’s Glendon College he went directly to the Stratford Shakespeare Festival.  His career has spanned Broadway, television, the Metropolitan Opera, and dozens of regional theatres across North America.  He has also taught acting and directing for many years at NYU, Princeton, Williamstown, UCLA, Chicago’s Center Theatre and his own studio in New York City.  He presently teaches at the Stella Adler Acting Conservatory, and divides his time between New York and Sault Ste. Marie.  “I believe community is the source from which all theatre springs,” said Jack.  “How wonderful to be part of an event that celebrates community theatre and for me to reconnect with the rogues and rascals that set me on this journey I am still on.” 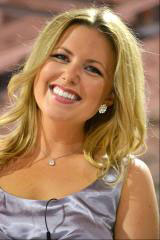 We’re also pleased to have Tianna Nori as our Event Emcee.  Tianna is a graduate of St. Mary’s College where she was an active member of Theatre SMC. She is currently pursuing a budding career in Toronto, hosting the TV series Last Bride Standing, and a recent starring role in the film Clean Break.  For more information on Tianna Nori, you can visit her website www.tiannanori.com.  Tianna will be a visible and vocal presence throughout the Festival.  "I am really excited about the opportunity to participate in Theatre Ontario Festival 2012," said Tianna, "especially since it is taking place in the Sault this year which gives me the chance to go back home where my passion for acting was born while working with Theatre SMC and Sault Theatre Workshop."