Andrew Tidmarsh’s Shakespeare Conservatory was a huge hit at our 2009 Summer Courses.  We’re thrilled to announce that he is returning from England in 2011 for his week-long intensive.

The theory is that if you can handle the complexities of Shakespeare’s verse, you can do anything. The embodiment of text is key to the actors’ craft and thus this workshop will enable you to sharpen your acting skills by using Shakespeare’s texts to test out new approaches and techniques. We will investigate:

By the end of the week, participants will be able to present a monologue; be able to present a short duologue or group scene; have an understanding of the Elizabethan world view; feel tested and stretched as an actor; be developing a new sense of intellectual and instinctual muscularity; and understand how the relationships you build in scenes are the key to effectiveness as an actor.

Andrew Tidmarsh will be guiding the actor through these processes using play, improvisation and scene building. While each actor will receive a great deal of personal attention they will also be working ‘on their feet’ throughout much of the day. The emphasis on the class time is on doing, acting, creating and building. Relatively little time is spent watching or discussing. 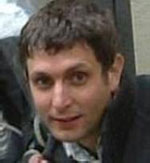 Following his BA in English and German and his MA in English (both from London University), Andrew worked briefly as a standup comedian before being asked to run a theatre company in Wuerzburg in the South of Germany. The theatre company soon expanded into touring its productions to theatres and festivals throughout Germany.  Returning to UK, Andrew became an assistant director at the Royal Academy of Dramatic Art and at Shakespeare’s Globe theatre. He has directed at Shakespeare’s Globe, Jermyn St Theatre and Wimbledon theatre among many other venues.  Since 2001, Andrew has lectured in Elizabethan theatre and theatre history at Goldsmiths, University of London. Currently Andrew works at the Royal Academy of Dramatic Art where he set up the Academy’s new Foundation Course, and is the Course Director. Andrew also runs the Young Actors’ Summer School, the Chekhov Summer School, RADA and the Drama Centre. Andrew has worked at East 15 and Central School of Speech and Drama.  Andrew lives in London with his partner and their two children.