Our Professional Theatre Training Program (PTTP) offers financial support for unique and flexible training with a chosen mentor in any theatrical discipline (except performance.) These are some of the current and recent participants' experiences.

I guess things have come to an end for my residency with Odyssey Theatre here in Ottawa. How did that happen? It feels like summer completely flew by! Now that I have a moment to reflect on my mentorship over the past few months, I can see clearly that things have a come a long way. In general, I feel confident about what I can contribute as a dramaturg, and I have a better sense of how that can work within the setting of a professional theatre company. I know I have a long way to go before I’m working consistently as a professional dramaturg, but I feel like I’ve laid the foundation for my work to come.

In my last two posts, I talked a lot about the difficulty I experienced in finding my way into the creative process as a dramaturg, but now I know that negotiating your role in rehearsal is an important part of the process. I had the opportunity to debrief thoroughly with me mentor, Laurie Steven, about how we’ve been working together since May. During the rehearsal process, things were quite hectic. The company was mounting three challenging new plays and integrating mask work, set design, puppetry, fight choreography, and many other different elements. At times, I felt like there was no room for dramaturgy, but I tried my best to chime in where I could and offer suggestions to help things integrate as smoothly as possible.

At the end of the rehearsal process, I regretted that I didn’t chime in more, and although I attended rehearsals as much as we originally planned, I feel like I missed some important work. It is important for a dramaturg to maintain a bit of distance from an artistic process in order to offer suggestions and feedback with an impartial eye. However, I felt that I hadn’t integrated into the process enough, and that I could have done more to help this ambitious night of theatre come together. After discussing this with Laurie, I now realize that I influenced the process more than I originally thought.

In short, it was enough for Laurie to have someone by her side from time to time to check in with her and discuss ideas. She admitted that it helps to have another person with which to speak her ideas out loud. When we moved into the final phase of the mentorship, it became clear that dramaturgy is about more than just feedback and textual analysis. It’s about artistic relationships and support. As we discussed the future of Odyssey’s New Play Creation program, I learned that a dramaturg is more like a confidant to a playwright or director. In addition, each process is unique and a dramaturg’s job is to be adaptable and support the distinctive rhythm of every project they embark on.

In June, I attended a conference of the Literary Manager and Dramaturgs of the Americas (LMDA), and they always described the role of the dramaturg as “creative midwifery”. At the time, I thought that was a bit extreme, but now I completely understand what they meant. Sometimes it can be enough to hold the hand of a playwright and advocate for their artistic process. After my experience with Odyssey Theatre, I now feel confident to embark on a career in dramaturgy. The feedback and encouragement I received from Laurie was positive, and I feel passionate about helping directors and playwrights guide their creative process. Maybe my cautious and encouraging voice could be the right one to help directors and playwrights get to the bottom of their artistic message. 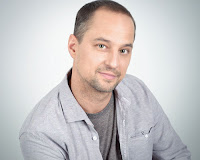 Like many of you I love performing.  It satisfies so many aspects of my creative self and yet I crave more; more variety, more stability, more stimulation. This has led me to seek out other opportunities in the arts and that has landed me on this blog writing about my PTTP project in artistic producing at Common Boots Theatre in Toronto.

Jennifer Brewin is the current artistic director of Common Boots Theatre and she has a remarkable ability to bring people together for a common cause. Her folksy leadership allows space for people to be challenged and excel, and she’s been very supportive of my performing career over the years.
She’s also been very encouraging of my development beyond performance and has brought me into the fold as an associate artist with the company. Training as artistic producer is a huge step in my development as a theatre practitioner.

For this grant I’ll be working closely with Jennifer setting up the infrastructure for the company’s annual winter play at Evergreen Brickworks. I’ll have the opportunity to attend meetings with partnering organizations, witness and collaborate on strategic planning, and see the inner workings of this ambitious theatre company while developing my leadership skills.

The winter show is fantastically crazy. It’s an outdoor performance that winds the audience through various sites at Evergreen Brickworks in December. I’ve performed in it twice and I find the sense of community that develops around performing outdoors in the darkest month of the year exhilarating.
I have some ideas about where my new adventure will take me and I’m preparing for lots of meetings, coffee and laughter and like all good adventures; I’m expecting a lot of surprises.

Artistic Director Robert McQueen has the unique combination of what it takes to be a director of music theatre. He has one of the most generous natures I’ve ever come across, a highly developed creative mind, knowledge of music theatre history and practical theatre experience to make anyone in the room that he’s working with, feel like anything is possible. I’ve already learned a lot from him- and we haven’t even started rehearsals yet!

I am Robert’s intern on The Immigrant with the Harold Green Jewish Theatre Company, but already I’ve had a taste of things to come with auditions and pre-production meetings. I thought I was mostly going to be a ‘fly on the wall’ taking notes, and learning by watching, but Robert has invited me already to offer ideas and be part of his audition process.

As an actor, I know what an audition is—I prepare the character/text/music, but as a Director, and in this case as an intern,  I wasn’t sure what I was expected to do. I tried to make myself as useful as possible without getting in the way. Robert would show up and make me feel like I belonged there, even if I wasn’t sure.

At the call-backs, I saw my chance to be useful, and offered to be a reader for the female roles—being the only female in the room—it seemed like a good idea. I learned first-hand Robert’s process, by doing, not just by watching. He has a clear idea of the scene and world of the piece and communicates clearly these ideas and invites people into that world. A playground where the performers are free to invent. He then steps back and watches the actors explore. Stepping in at times to ask questions or add layers to the scene.  Sometimes I’ve noticed with the best directors, it’s not only what they say, but when they say it and how they say it to each individual so they are receptive. And knowing when to step back, to allow the performers to take ownership. He did this effortlessly in the auditions and I can’t wait to watch him develop this rapport during rehearsals.

In the pre-production meetings I thought I’d probably just sit there silently watching the set designer discuss with Robert set and costume ideas. And learn how they collaborate. But was excited and at the same time anxious to find out Robert wanted the set designer and I to read the script aloud and listen to the music with him, while discussing the context of the piece with regards to the look and tone of the show. I thought having that kind of communication with your set/costume designer makes the piece even more cohesive. That’s something that makes so much sense and hopefully I will be able to do when collaborating in the future.

Watching the whole creative and production team during meetings and auditions I realized how  exceptional everyone is at what they do and it hit me: this is the perfect time, place and people to be working with.

To be honest, I can’t believe though that at this late stage in my life, that I am attempting this career transition from performer to director—but how amazing is this opportunity? That through PTTP and Theatre Ontario I’m awarded this grant—AND that Robert agreed to be my mentor—AND that I’m working on this wonderful project with wonderfully talented and skilled people! Wow!!

Looking forward to learning from Robert ways to apply his years of directing experience and techniques to my own voice and skills. Yeah, this is the start of an amazing ride!

The next application deadline for the Professional Theatre Training Program is March 1, 2016.

Posted by Theatre Ontario at 07:55